The UK’s Brexit Options in the Eurozone Landscape – Visualized 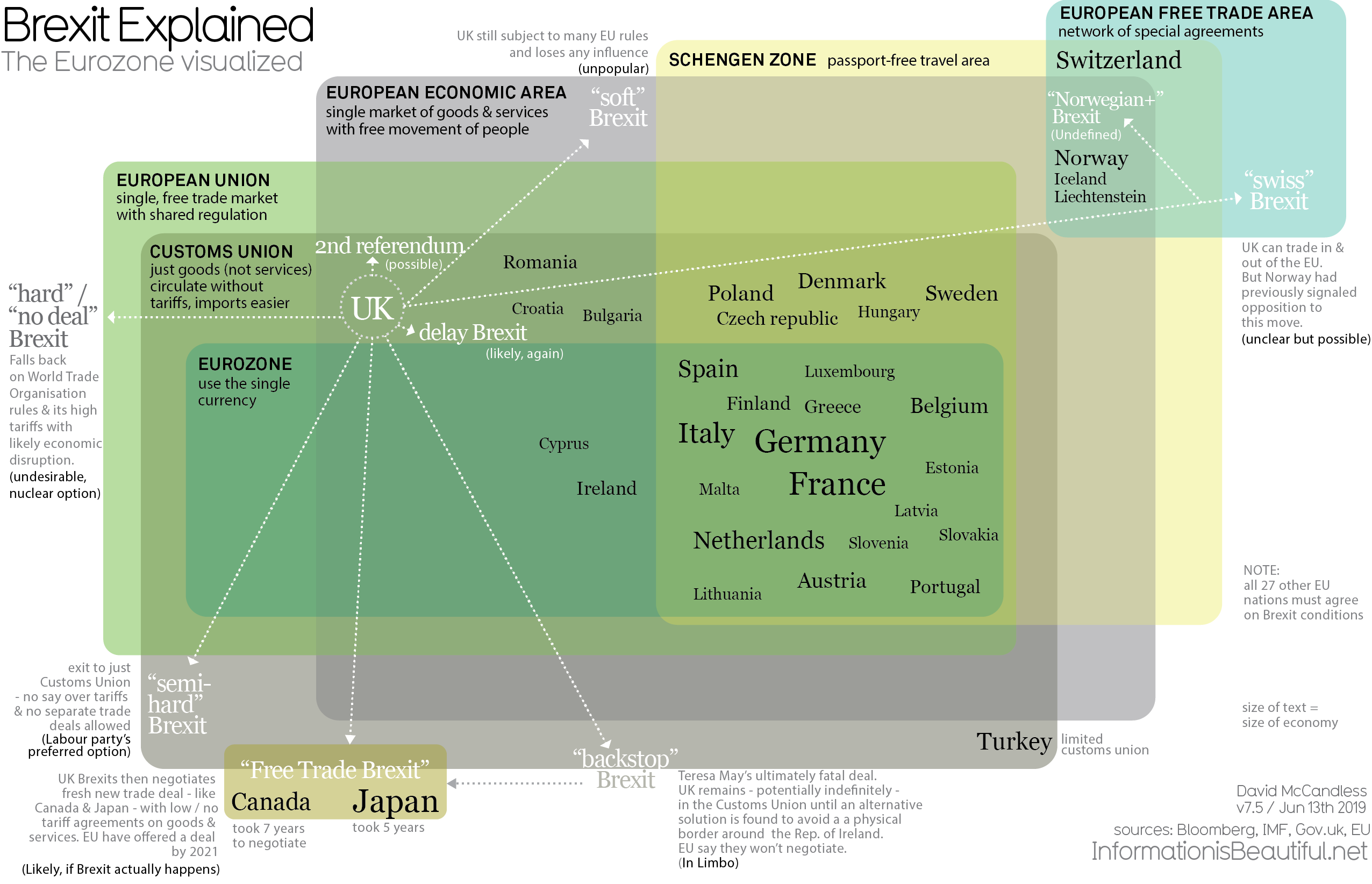 A graphic that hopefully clarifies the complex structure of the European Union and the UK’s various routes and options for Brexit.

Originally inspired by this Bloomberg graphic.