The Drake Equation – What are the Chances of Extraterrestrial Life?

Are We Alone in the Universe?

Calculate the Chance of Intelligent Alien Life with the

In 1961, Astronomer Frank Drake came up with an equation to estimate how many detectable extraterrestrial civilizations might exist in our galaxy. Each variable is a crucial factor for the development of alien life.

Dr Sara Seager’s modern take on the equation focuses on biosignatures of life that may be detectable to our instruments. She believes we may make such a discovery in the next ten years.

At 13.2bn years, the Milky Way is almost as old as the universe itself.

​With advanced telescopes, we can now identify planets larger than Earth in other solar systems (exoplanets). 40%+ of sun-like stars have planets, but many are undetectable. So it may be closer to 100%.

Much debate surrounds this key number. Many exoplanets are outside the habitable zone for life or are too close to superhot parent stars.

Hotly debated! Skeptics point out that from billions of species, just one has become intelligent. Others argue that life evolves towards complexity - so intelligence is inevitable.

Would alien life ever invent radio? Even an advanced civilizations might only progress to agricultural-level technology like the Roman or Chinese empires.

How long does a civilization last? Could a society overcome all threats to its survival and then endure for millions of years?

Optional addition allows for the chance of civilization to re-evolve after collapse. An intuitive addition if you consider the billion year lifespan of planets.

These ‘M-class’ stars account for 70% of stars in our galaxy. Though smaller and dimmer than our Sun, some produce enough light to reveal details about their planets.

Observed stars need to be quiet as any ‘noise’ can make it difficult to spot small planets. Also ultraviolet light from very active stars can destroy biosignatures.

When a planet passes (or transits) in front of its parent star, the light is absorbed by the planet’s atmosphere, illuminating biochemical details that can be ‘sniffed’ by telescopes on Earth.

We have a fairly solid number for this variable for quiet starts, based on observations of planetary systems by the Kepler telescope. But you can experiment.

A big unknown factor. Seager herself optimistically put ‘1%’ as this value.

Biosignatures are combinations of gases - oxygen, methane, CO2 etc - in large enough quantities to suggest life. But natural processes and bacteria release these gases too…

Are We Alone in the Universe?

Calculate the Chance of Intelligent Alien Life with the

In 1961, Astronomer Frank Drake came up with an equation to estimate how many detectable extraterrestrial civilizations might exist in our galaxy. Each variable is a crucial factor for the development of alien life. 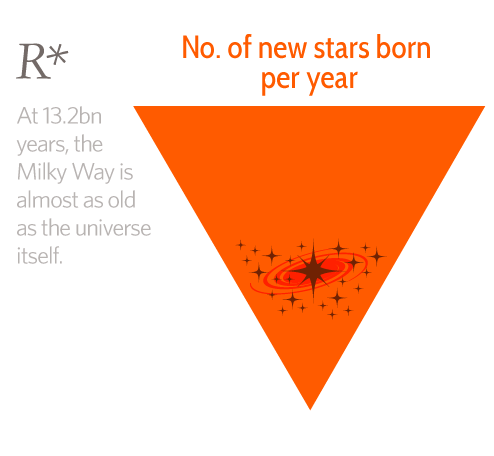 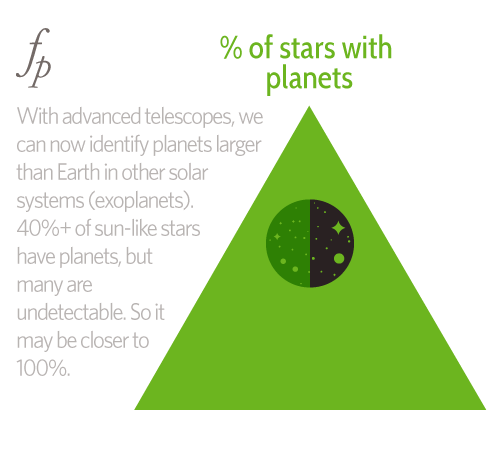 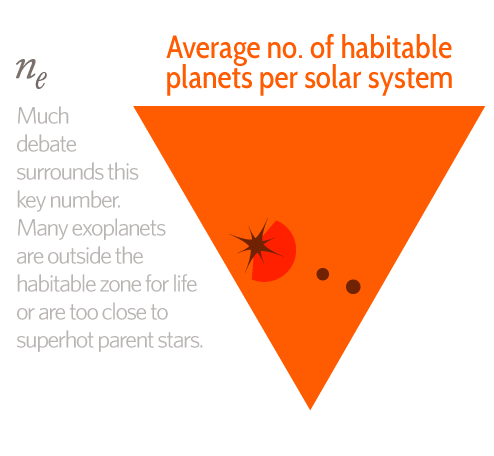 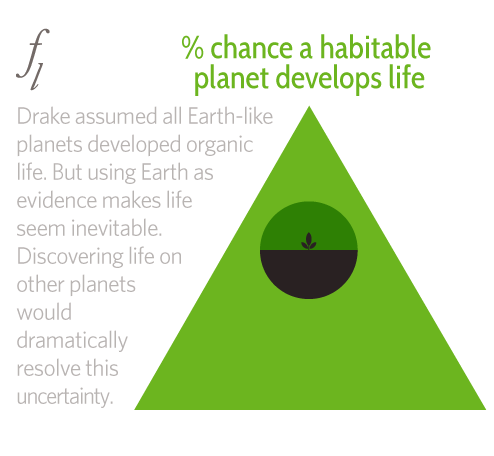 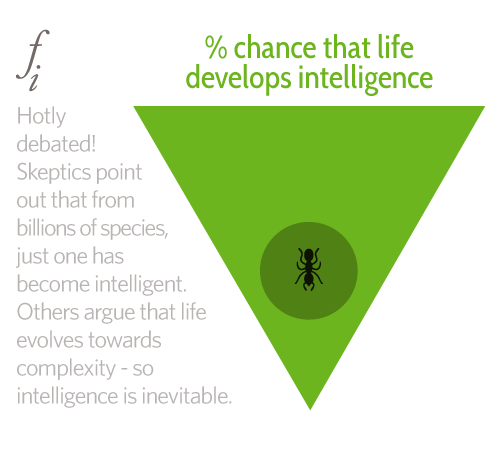 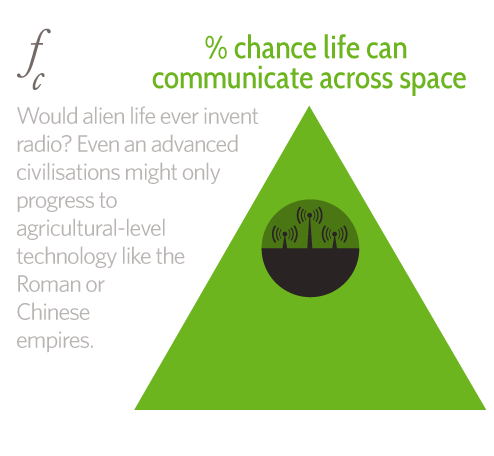 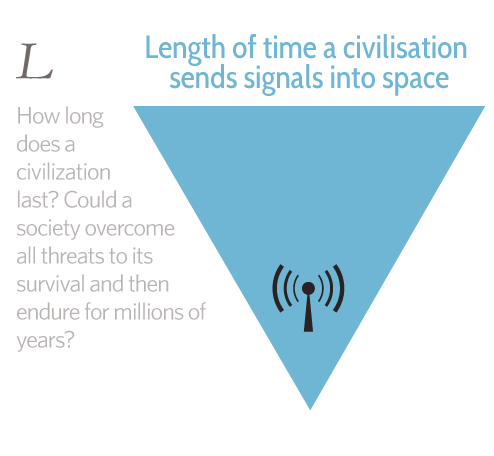 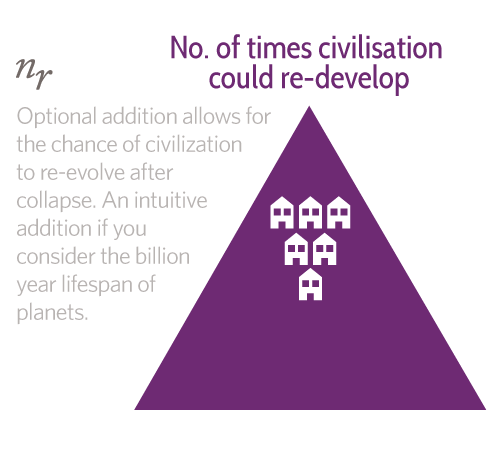 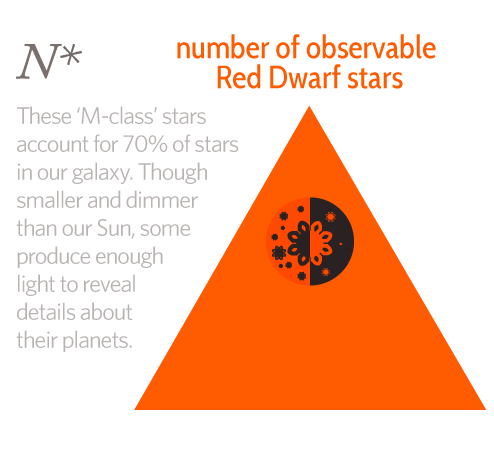 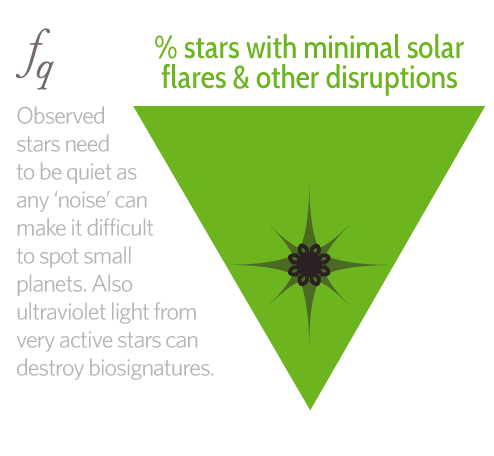 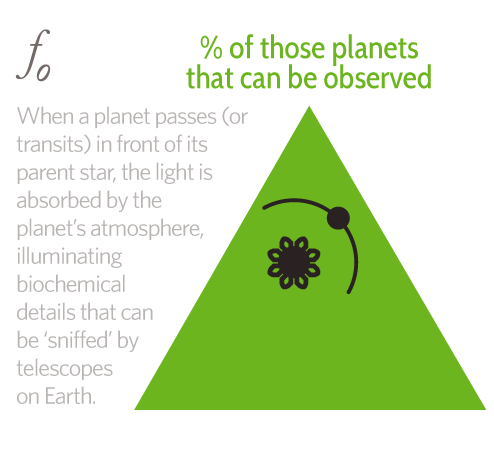 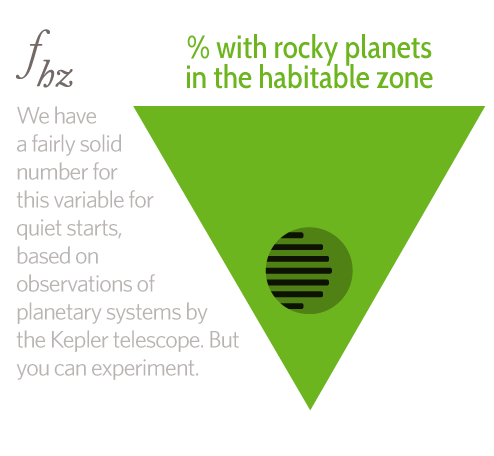 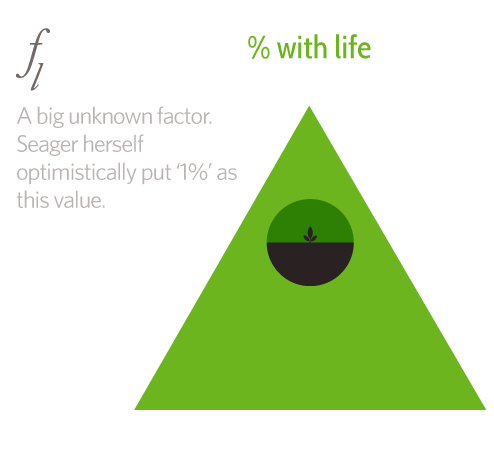 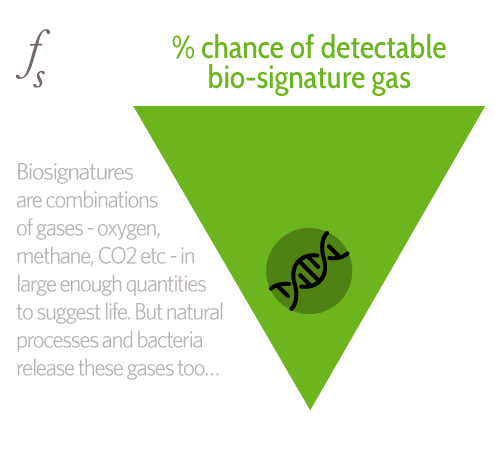 The Drake Equation reveals the statistical chance of life on other planets. Are we alone in the universe? Or has the Fermi Paradox put the kibosh on Drake’s Equation? What did your calculations reveal about the current chances of intelligent alien life in the universe?