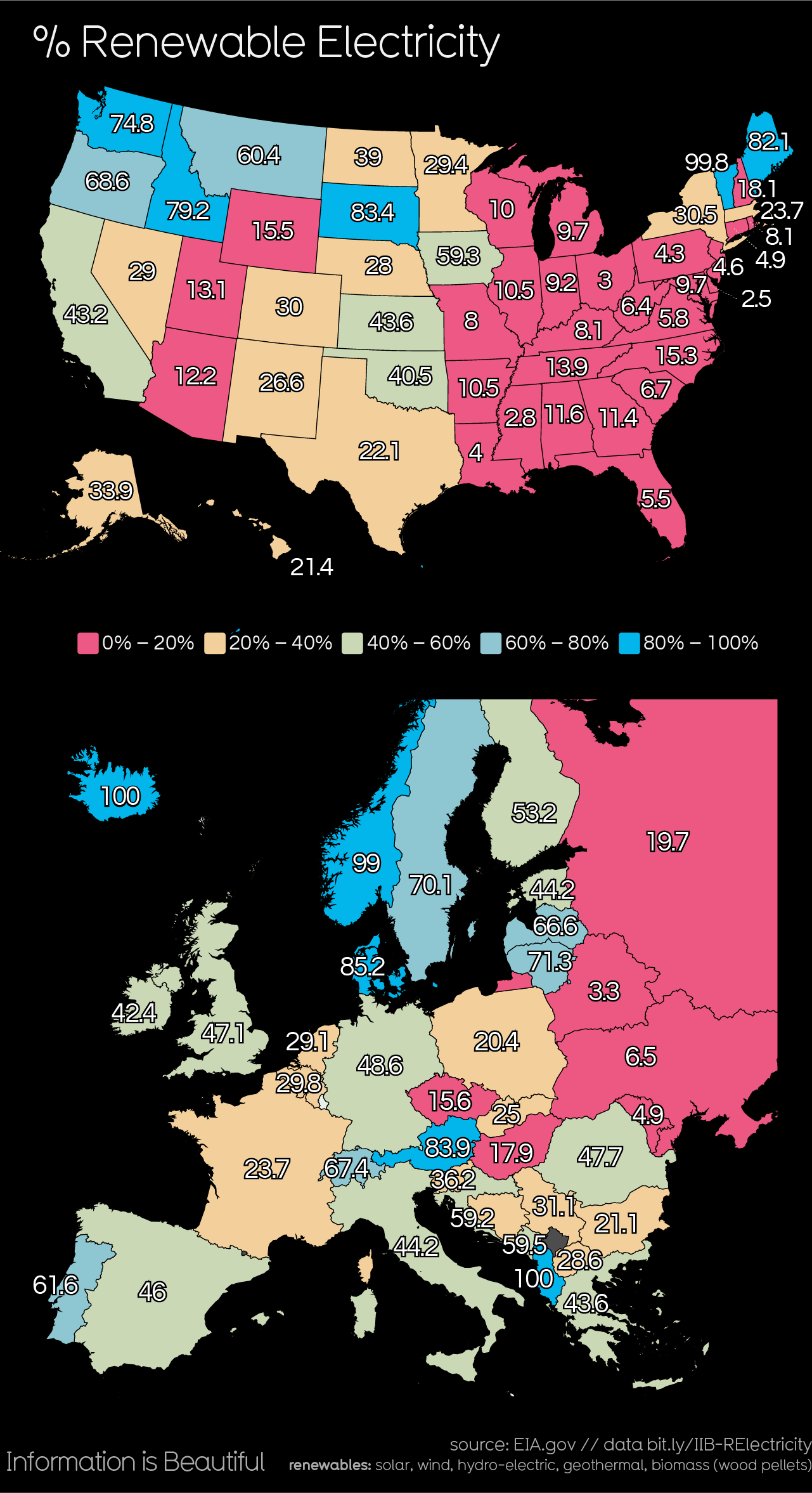 See what percentage of electricity is generated from renewable energy sources by country.

Over 30% of the world’s electricity is now generated from renewable sources – and it’s increasing. (source) That’s beautiful news.

Why controversial? Because of differing definitions of ‘renewable’. In the technical definition, ‘renewable’ is any energy collected from resources that are naturally replenished on a human timescale. In the popular definition ‘renewable’ is equated with ‘sustainable’ and ‘eco-friendly’. Most renewables are sustainable, but some are not. A technically renewable source like biomass (wood pellets), for example, emits air pollution when incinerated and requires large amounts of water and land to produce.

Why is there an ‘exclude hydropower’ button in the interactive? Hydroelectric power (dams) are an old and basically maxxed out renewable source. There are very few places on Earth now where a new hydroelectric dam could be installed. Filtering out hydro from the numbers gives a coarse snapshot of how well other renewables (particularly our friends solar and wind) may be fairing.