What Makes a Good Idea vs a Bad Idea? A Taxonomy of Possible Factors 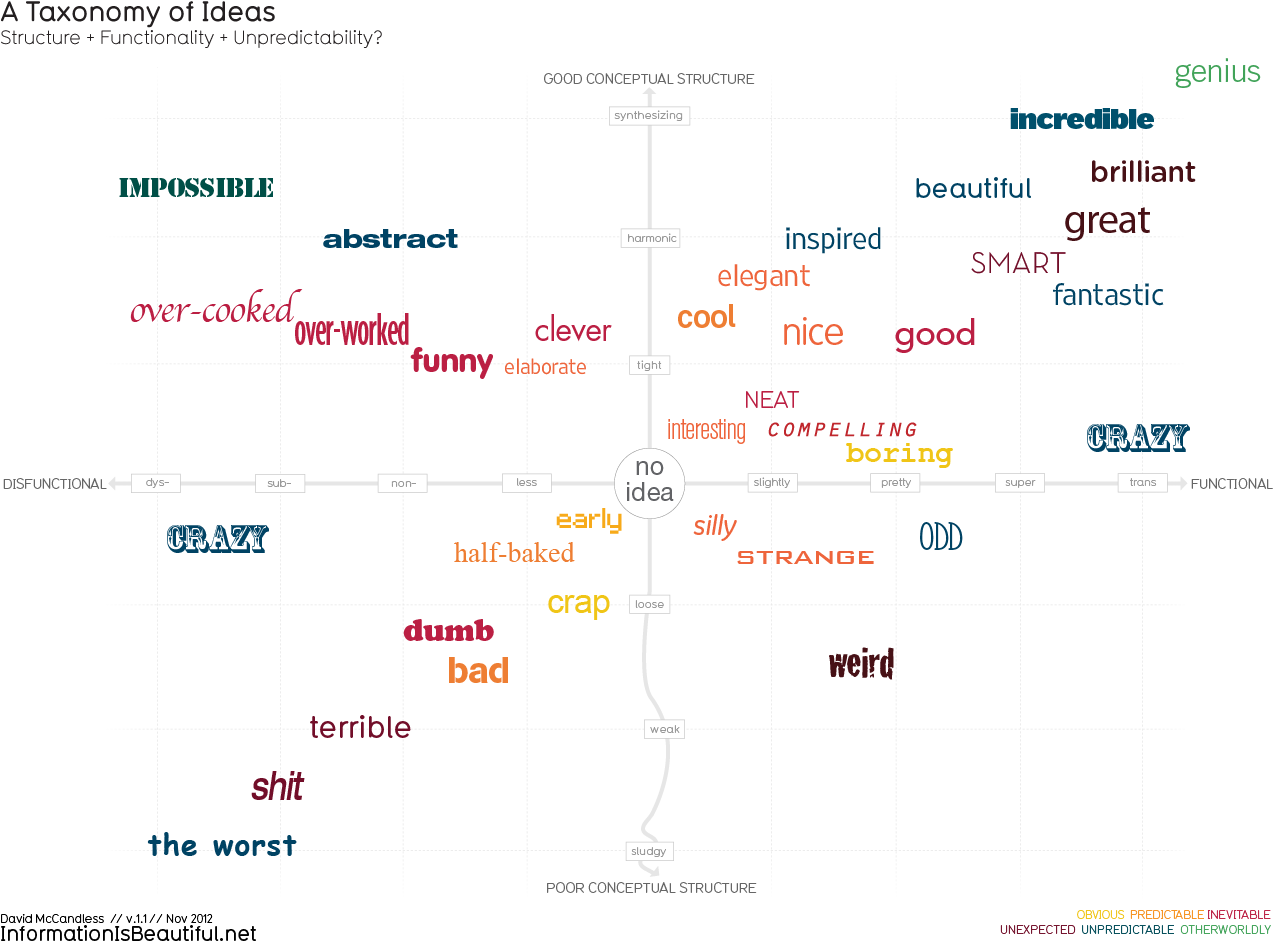 Recently, when throwing ideas around with people, I’ve noticed something. There seems to be a hidden language we use when evaluating ideas.

There’s something going on here. Each one of these ideas is subtly different in character. Each adjective somehow conveys the quality of the concept in a way we instantly and unconsciously understand.

I started wondering: is there an invisible language of ideas? Could there be an unseen hierarchy hidden in that language? What qualities actually make a ‘good’ or ‘bad’ idea? Could you visualize and plot the most popular words used to describe ideas? Would that unveil the structure? And would doing that be a ‘nice’ idea? Or a ‘terrible’ one?

Anything to add? Disagree? Have we missed something? This is a work in progress, so please comment!