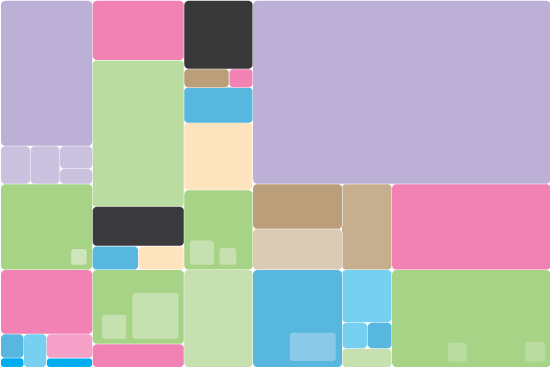 See the image on its own

The Billion Dollar-O-Gram 2009. The latest version of our fabled treemap of billion dollar amounts.

All the data and more billion dollar amounts: http://bit.ly/bndollar

This image arose out of frustration with media reporting of billion dollar amounts. That is, that they’re meaningless without context. But they’re continually reported as self-evident facts. 500 billion for this war. 50 billion for this pipeline. Literally mind-boggling amounts of money.

So here we’ve scraped reported figures from The New York Times, The Guardian, and other news outlets and visualized them as a treemap (?). So you can see in one place figures that would otherwise be scattered across multiple news reports.

(**Sorry it’s taken me so long to update this image from the original version. I’ve revised and updated all the figures. Sourced some new numbers. And researched new ideas suggested by visitors. Thanks all!**)