So much great work out there at the moment, I wanted to share it with y’all.

Update: Secret Firmy Magazine is the monthly business magazine of Kommersant, the Russian equivalent of the Wall Street Journal. (Thanks to Bruce Bennett for the info) 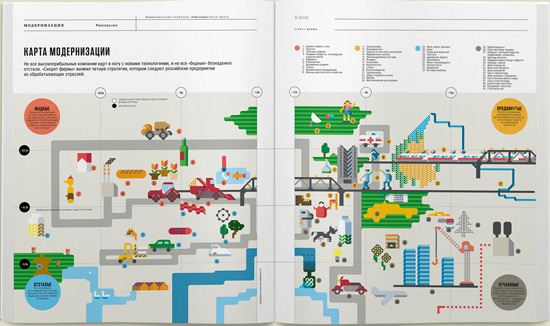 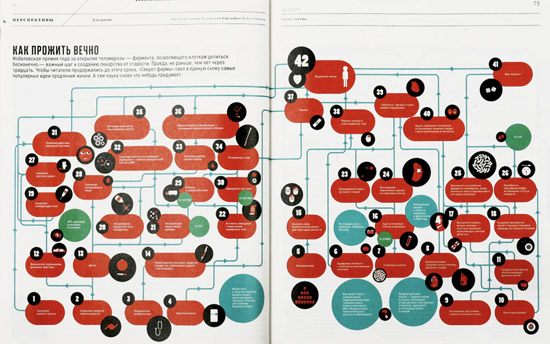 Damn Tourists!
Twinned with the Touristy Map Of The World is this amazing set of visualisations from Eric Fisher detailing concentrations of tourists in cities around the world, using geotagged photos. Blue are photos taken by locals. Red by tourists. Gorgeous concept and look. [via Burrito Justice]

If Crime Was Elevation
The peaks of San Francisco. Great concept converting crime figures into topology from coder Doug Mccune. Thanks to @calflyn.

How Much CO2??
Here’s a little interactive thing we did for GE’s EcoImagination initiative. A little window landscaping the relationship between driving and CO2 in America. Coded by the excellent Daniel Goldsworthy.

As ever, if you’ve spotted any goodies, send them over. Thanks! David.w